What a wonderfully time with Tahn in Europe with Coldplay being the highlight on a warm summer evening in Paris.

This was the opening song and we were also lucky that this concert was filmed so I have the official version of it as well. Well impressed with the video off the Sony NEX 5n (and my skilfull one camera shooting and manually focus and exposure) but I cut in the audio from the CD, but is the actual audio from the night. Probably broke any number of copyright laws. 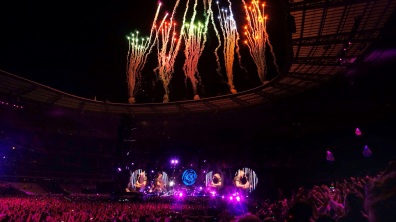